On May 14, 2021, at the "Optic fiber Systems" JSC, the OVS management met with the directorate and students of the Institute of Physics and Chemistry of the Ogarev Mordovia State University. Within the framework of the meeting, the management staff and the best students of the institute looked at the optical fiber production, after which a meeting was held on cooperation issues.

Andrey Nikolaev, General Director of "Optic fiber Systems" JSC, opened the meeting with a welcome speech. Andrey Nikolaev expressed gratitude to the Institute of Physics and Chemistry management for training highly qualified personnel for the plant, and also noted that the competencies of many engineers and technologists who are graduates of Institute of Physics and Chemistry Ogarev Mordovia State University are already recognized at the international level.

During the meeting, the participants discussed a number of promising areas for possible effective development and mutually beneficial partnership. In particular, they discussed the expansion of joint work on the organization of students practice at the factory and the issues of training for the OVS with the help of targeted budget admission of applicants. They also discussed the possibility of creating a joint educational and scientific laboratory for technologies for producing special optical fibers. 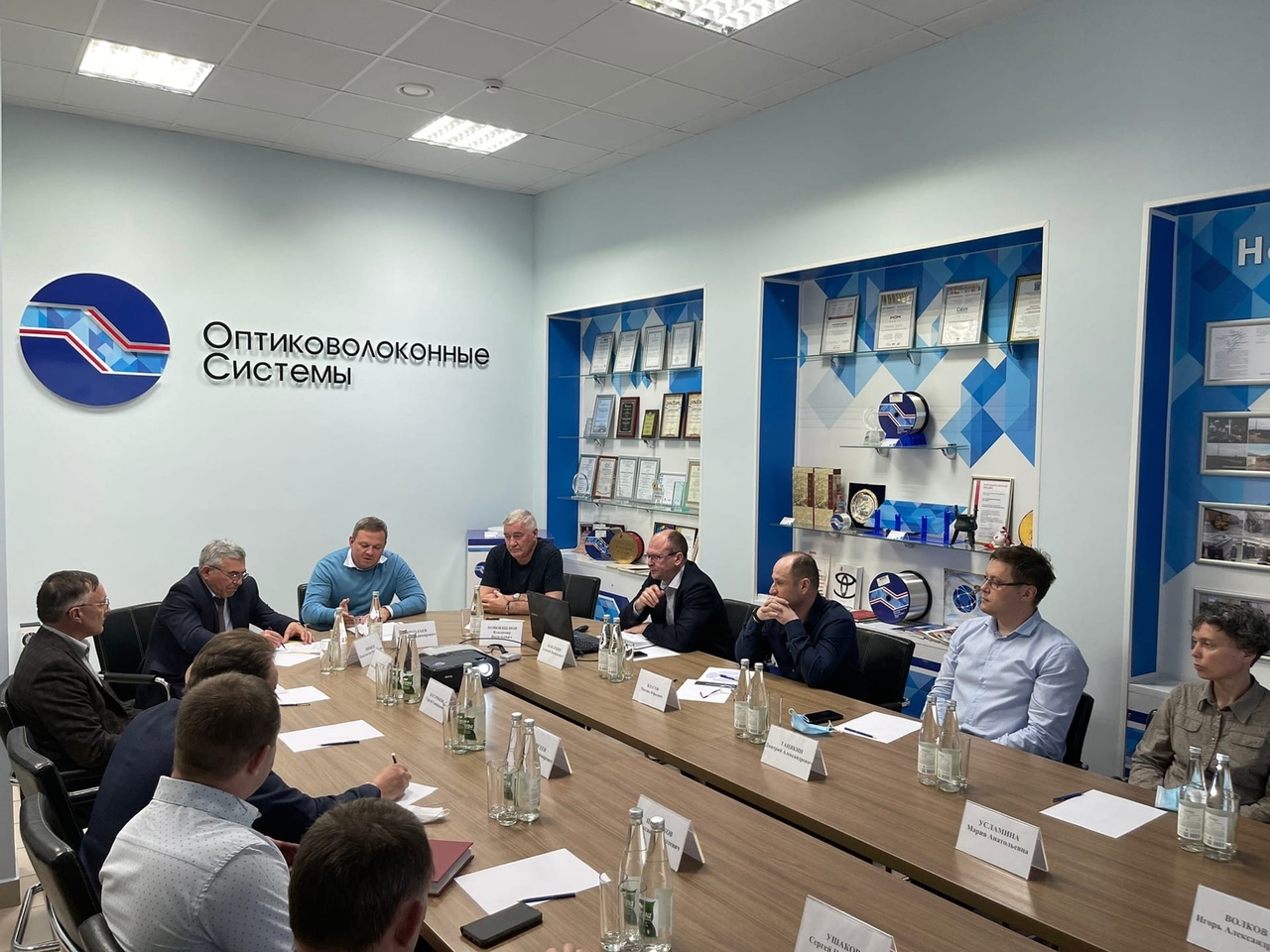 Director of the Institute of Physics and Chemistry K. N. Nishchev thanked for the support provided to the Institute and expressed hope for further fruitful cooperation.

Recall that since 2019, in order to stimulate the interest of young researchers in the problems of fiber optics, "Optic Fiber Systems" JSC has established a personal scholarship named after E. M. Dianov for students of the Institute of Physics and Chemistry of the Ogarev Moscow State University. Since 2020, the OVS has been involved in the targeted training of students. Also, the OVS, together with the Institute of Physics and Chemistry, is actively working on the implementation of research works.