In 2003 he graduated from the RF Government-affiliated Financial Academy (Moscow) with International Economy as his major. In 2006 he finished postgraduate studies in the Russian Presedential Academy of Public Administration in the department of theory and practice of market economy government regulation. He successfully graduated from IMD, INSEAD and Skolkovo business school.

From 2001 he worked for KPMG – international audit company – as a manager in the energy audit department. In 2004 he became a Deputy Director of the Corporate Governance Department in TNK-BP (Moscow). In 2005 he was appointed to the Director of Control and Accountability Department of ВN “Gas”. From 2007 he acted as Business Manager for Executive Vice President in charge of processing and trade, from 2008 as Assets Director of “Two Capitals” production unit, from March 2011 as a Head of “Two Capitals” production unit. Since 2013 he has been General Director of “Optic Fiber Systems” Joint Stock Company.

Since 2002 he has been a member of the  of International Association of Book-Keepers of Great Britain.

Marriage status: married with children: a son and two daughters. 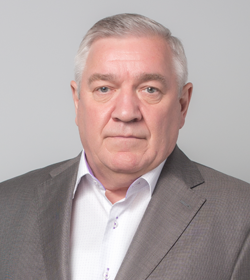 In 1980 he graduated from the Gorky Higher School of the MIA USSR as a lawyer.

Since July 2014 he has been a Contracting and Legal Affairs Director in "Optic fiber Systems" JSC. Now he is First Deputy of General Director.

Marital status: married with children: a son and a daughter. 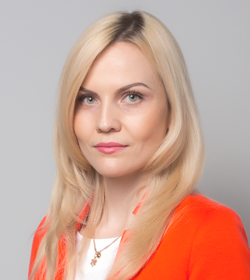 In 2007 she graduated from philological faculty of Ogarev Mordovia State University with a speciality of "Philologist". In 2011 she completed advanced business course in the International Business Academy (Moscow) of the MINI-MBA program "Strategic Management".

Marital status: married with a daughter.

In 2008 he graduated Bachelor’s programme, and then in 2010 Master’s programme at the Institute of Physics and Chemistry of “Ogarev  Mordovia  State University” majoring in Physics. His field of education was connected with optical fiber production and its implication in optical fiber transmission systems.

Since 2009 he worked at engineering and  management positions in the area of operation and  maintenance of electronics.  In May 2017 he entered “Optic Fiber Systems” JSC as an engineering technologist. In January 2018 he became the First Deputy Chief Engineer - Chief Technologist of the company. Nowadays he is at the position of the Chief Engineer of the Company.

Marital status – married, has a son and a daughter. 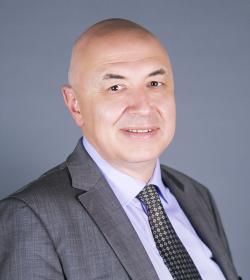 In 1985, he graduated from Lomonosov Moscow State University, Institute of Asian and African Countries, in 1990-postgraduate studies At the Institute of Oriental Studies of the Russian Academy of Sciences, Department of the Near and Middle East (PhD), in 2005 - Helsinki School of Economics, business management for senior managers.

Marital status - married with children: a son and a daughter. 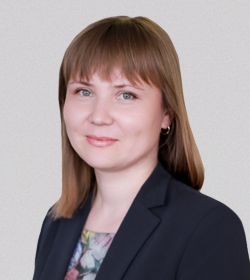 In 2002 she graduated from Kazan State Finance and Economics Institute with a specialty of "Finances and Credit".  In 2016 she completed the Presidential Management Training Program with a degree in Financial management.

She began her career in 2002 as a State Tax Inspector of Legal Entities Inspections Department of the Inspectorate of the Russian Federation in the New Savinovsky district of Kazan.

Marital status: married with a daughter. 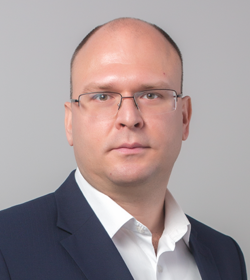 In 2002 he graduated from Ogarev Mordovia State University, faculty of Mathematics with a degree in Mathematics. In 2005 he passed his Ph.D. defense. In 2011 he completed the Presidential Management Training Program with a degree in General management with a probation period in Germany.

From 2002 he worked as the Head of Employment Promotion Center for students and graduates of Ogarev Mordovia State University. In 2010 he took the charge of the Resource Center of the Presidential Management Training Program in the Republic of Mordovia. In 2012 he was appointed to the Deputy Minister of Education of Republic of Mordovia. Since October 2013 he has been working for "Optic Fiber Systems" JSC as a Head of HR and the Head of Marketing and Sales  Department . Now he is a Commercial Director.

In 2008 she successfully graduated from the Law Department of Ogarev Mordovia State University;

Since October 2021, she has joined JSC "Optic Fiber Systems" as a Lead Counsel.

Marital status: married, has a son and a daughter.

In 2016 she successfully graduated Bachelor’s programme, and then Master’s programme at the Department of Law of “Ogarev Mordovia State University”.

From November 2016 to June 2018, she held the position of Assistant Attorney of the Bar Association No. 1 Chamber of the Republic of Mordovia.

From September 2017 to June 2018, she worked as an interviewer and functional coordinator of the Protocol function of the 2018 FIFA World Cup Russia™ Volunteer center (Saransk).

Since July 2018, she has worked at Optical Fiber Systems JSC as a public relations manager, and since December 2019, she has assumed the position of Director of Сommunications.

In 2014 he graduated from Department of Electronic Engineering  of Ogarev Mordovia State University.

Since December 2015, he has been employed as an Optical Fiber Drawing Operator.

Since September 2017, he worked as Engineer-technologist of Optical Fiber Drawing Tower.

Since January 2018, he continued his career as a Project Manager in the production design and modernization group.

Since March 2019, he has led the development and new products group. Currently, he works as the Company's Chief Technologist. 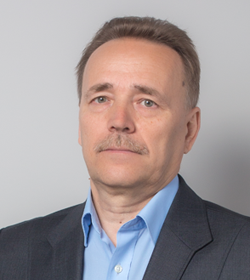 In 1983 he graduated from Ogarev Mordovia State University majoring in Physics.

Since 1985 he worked at the "Saransk instrument-making plant" JSC as a design engineer, head of the Bureau of Technical Control of the Assembly Industry.

From 2004-2011 – Deputy Vice-Rector for administrative and economic work-head of the logistics Department Ogarev Mordovia State University.

Since 2014 – Head of the purchasing and logistics Department, head of the logistics. Currently, he works as a business support Director.

Marriage status: married with a daughter. 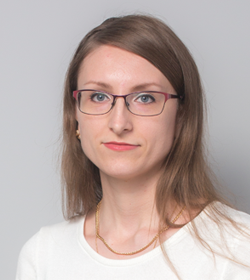 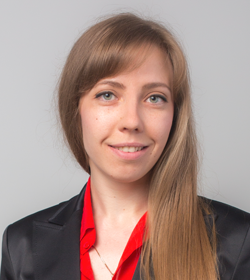 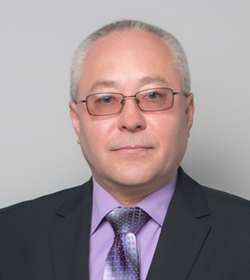